History of the Battle

The following summary is reproduced courtesy of Airborne Assault, the Museum of the Parachute Regiment and Airborne Forces:

While the 6th British Airborne Division fought in Normandy the 1st Airborne Division was on constant stand-by for further airborne operations. There were 16 cancellations before 17th September 1944 when they flew to Arnhem during Operation MARKET-GARDEN. 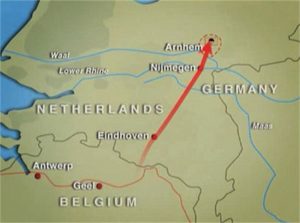 1st Allied Airborne Corps, which included the American 82nd and 101st Airborne Divisions, was tasked to secure the main canal and river crossings between Eindhoven and Arnhem. The aim was to provide an ‘airborne carpet’ along which the ground forces spearheaded by 30 Corps would break into the Ruhr and end the war. 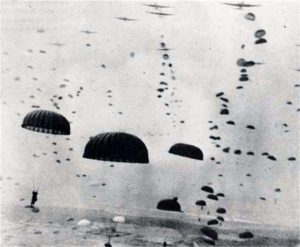 The 1st British Airborne Division, which included the 1st, 2nd, 3rd, 10th, 11th and 156th battalions of the Parachute Regiment under command of Major General Roy Urquhart was dropped near Arnhem to seize the road bridge over the Neder Rijn.

Due to insufficient aircraft to fly the Division complete, the Air-Landing Brigade had to be used to protect the DZs for the second lift, leaving only the three battalions of the 1st Parachute Brigade to secure the bridge. 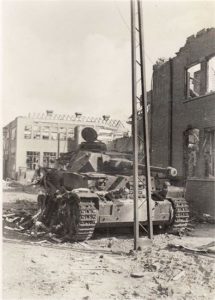 Though under constant attack by armour and infantry the Arnhem bridge was held for three days and four nights. The Division task had been to hold for 48 hours until relieved by ground forces.

Meanwhile, the rest of the Division, depleted by its attempts to fight through to reinforce at the bridge, were compressed into a small perimeter across the river at Oosterbeek. They held on against overwhelming odds for nine days until ordered to withdraw across the river during the night of 25th / 26th September.

Five Victoria Crosses were won during the battle, two by members of the Parachute Regiment.

For more information and resources about the battle visit:

A sample of veterans stories and biographies are divided into 3 alphabetical sections: