Some of you may be aware of an 'information board' being placed some years ago in the woods near Wolfheze advising that this was the location of the 4th Parachute Brigade HQ trenches in 1944.
In 2014 a walk was organised called 'From Wolfheze to Oosterbeek' with around 50 people attending looking at the actions of some of the units of the 4th Parachute Brigade in this area including the HQ. During the research for this walk evidence came to light that shows that this board is wrong. Evidence was found from reports, accounts and war diaries written in 1944 and 1945 by such people as Brigadier Hackett, Lieutenant Colonel Thompson, Major Perkins and officers of the 4th Parachute Squadron RE. It is clear the 'information board' is at the location of the 4th Parachute Squadron Royal Engineers and if you walk around 300 yards eastwards towards Arnhem an area on a reverse slope position is reached.
The picture on this page shows some of the group at this location and evidence of trenches and foxholes can be seen. In his report Hackett states that the engineers were his rear guard and so this fits in with the 4th Parachute Squadron location further back.

more detailed report and excerpts from the 1944 and 1945 accounts can be found in the Fellowship newsletter number 19. Non-members can obtain a copy of this newsletter for a donation of £3.00.
Perhaps it is best to end by quoting a comment from one of our veteran members:

‘As a member of the 4th Parachute Brigade who fought in those woods in 1944 I am somewhat disappointed that the information board is in the wrong place. I feel that the people who put it up should have checked their facts first and hope they will now apologise. Also they should either correct the board or move it to its correct location. I hope they will do so!’ 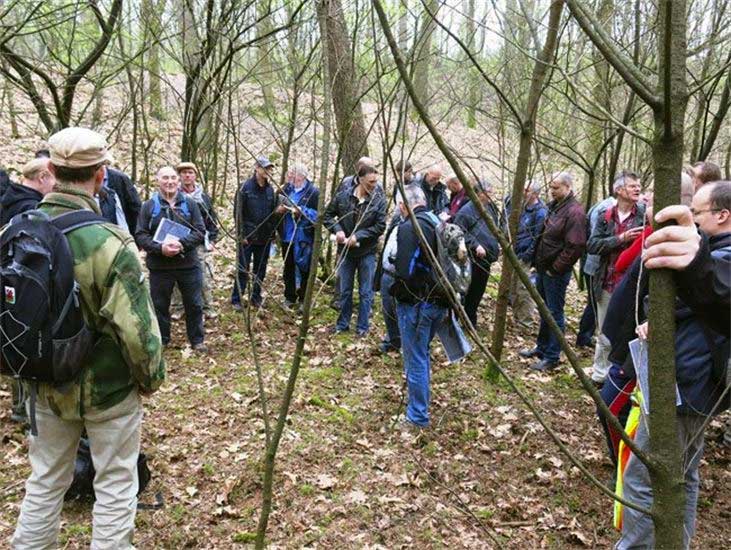